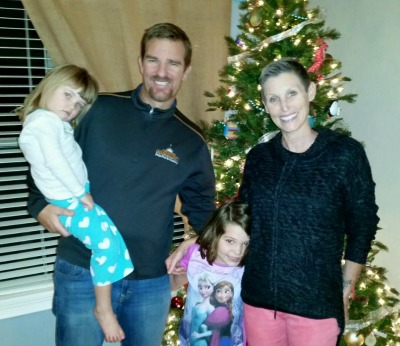 With no family history of breast cancer, 42-year-old Heather, loving wife, mother of two little girls, Lyvea, 5, and Mylah, 3, and a flight attendant with Southwest Airlines, made a discovery that would change her life and the life of her family.

She had a normal mammogram just four months before the fateful day when she felt a pulling in her arm.  While rubbing that area, she felt a marble sized lump in her left breast.  “I was thinking, no way it was serious, but my gut told me different.”

Heather made an appointment for an ultrasound mammogram, and then on Thursday, March 12, 2015, she had a biopsy.  She received a call the next day from her doctor who said she had to come in right away.  There she heard the news that would change her life.  “It shook my core and my thoughts all went to my children,” she said.

The next step was seeing a surgeon that Monday; so fast she thought.  The diagnosis was triple negative breast cancer, a very aggressive cancer.  “My options were slim.  We had to move fast because of the fast growing nature of this cancer.” Heather chose a double mastectomy with immediate reconstruction.

The news got worse.  In April she had surgery, and when she woke from the anesthesia, she received the news that she was stage 3 …  and had cancer beginning in the other breast.  Fourteen lymph nodes were removed, and four were positive for cancer.  “My life was never going to be viewed the same,” she said.   The plan was four months of chemo every two weeks and 33 radiation treatments.  Since her OB/GYN found a spot on her ovary, she also had surgery to remove that before starting chemotherapy.

Heather was so sick from the chemo, and she barely had time to recover from one treatment before she was to have the next one.  Their family had little help during that time. It was hard, but she said that her girls kept a smile in her heart even when she couldn’t put a smile on her face.  Heather finished her radiation on November 20, 2015.

Financially Heather’s family was hit pretty hard.  She provided half of their family’s income and wasn’t able to work during treatment.  They sold her husband’s truck and camping trailer to pay the mortgage and doctor bills.  Heather shared, “In the beginning, the money was THE most stressful part of it.  When you go through something like cancer, that is the last thing you need to be stressed about.  We have been so blessed to have been helped by many organizations in different ways, and Provision Project has been one that has really made an impact.  They paid my car loan one month, which was no small feat, and the most incredible thing was that they also provided Christmas gifts for our family.  We got to choose something that we wanted.  On Christmas morning, we were all opening gifts that were all surprises we had not seen.  They were wrapped and delivered with so much love.  I am so grateful for Provision Project and these wonderful people who have come into our lives.”

Now that she is done with her treatments, her goal is to help others through her experience. “You learn what is needed out there, and giving is the best medicine of all,” she said.  Heather and her daughters have done volunteer work, and she is working on programs with the non-profits who helped their family.  Heather says her husband, Ted, has learned to lighten up more and live for the day.  As much as she hated her girls to see what she went through, she feels it has given them much compassion and a better understanding of what life is truly about.  “There were a couple of times I thought I was truly dying, and when you are that far gone, you feel at peace with it.  But I was never comfortable thinking of how my girls would feel, waking up to me being gone, and I think that’s what pulled me through,”

Heather went back to work in March 2016.  She is still very tired but otherwise feeling good. “I have started feeling like me again, which I thought was totally lost.”

Thank you for supporting Provision Project and the women we serve! Each of them is a woman fighting breast cancer… 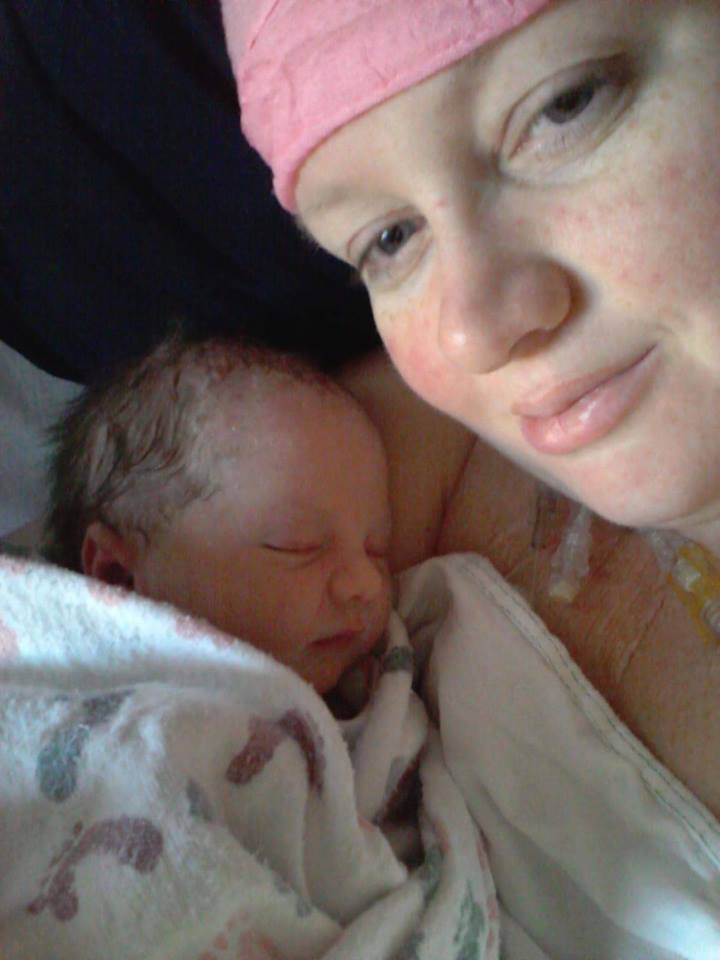 Stephanie’s Story – “A Lump and a Bump”

What does breast cancer “look like” to you? Stephanie was 30 years old and 17 weeks pregnant with her fourth… 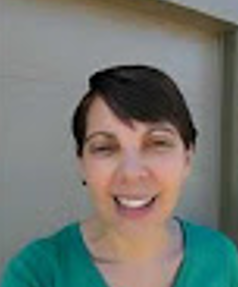 Tiffany is a beautiful single mommy of an 11-year-old daughter. And she’s fighting metastatic (stage 4) breast cancer. A few…