Archive for the ‘Friends & Family’ Category

Honor the Women You Love Through Provision Project

It’s Mother’s Day Week! Would you consider honoring a special woman in your life this week by donating to Provision Project? Provision Project provides financial relief to women in active treatment for breast cancer. Provision Project works hard to make sure we keep our overhead low so the money you give gets to the women we serve. In 2017, Provision Project’s overhead was only 7%. Over 93% of donated dollars went right to the needs of our sweet women who are fighting for their lives!

The realities of breast cancer are tough. As Provision Project becomes more known, we are receiving more and more applications that need funding.  We appreciate your support!

If you’d like to make mention of the woman/women you are honoring with your donation, please comment below. THANK YOU! 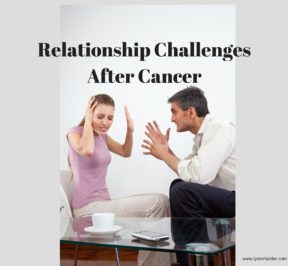 Cancer does not only touch our lives. Cancer touches the lives of those closest to us. How to we handle the relationship challenges and losses?  Continuing in a series on Life After Cancer.

“Will you die like Grandma?” my then-sixteen-year-old daughter asked when I told her I had breast cancer.

“One day [my son] saw me struggling to sit up,” Tina wrote about a time after her mastectomy. “I couldn’t hug him due to the pain. He stood against the wall, and I saw fear in his eyes. No child should ever have to fear the appearance of their mother… but there it was…that look of fear. Even as I write this, the tears start welling up.”

Cancer does not only touch our lives. Cancer touches the lives of those closest to us.

END_OF_DOCUMENT_TOKEN_TO_BE_REPLACED

“I’m sitting at the doctor’s office for a check up and came across this picture as I wait. I can’t believe that is was over a year ago. I was just finishing my 5th round of chemo, barely any hair on my head and soon to deliver our little Lilian. It feels sometimes like that wasn’t my life, that surely at age 30 I couldn’t have gotten breast cancer. The last two years have been hard. So hard. I have felt indescribable exhaustion and huge waves of fear that my cancer could return. But above all of that I have seen the strength & courage that God placed in my soul. I have seen unwavering support from everyone around me and have gained the most beautiful gift of all, a new perspective. Thank you to those who continue to walk side by side with me.”‪#‎pregnantwithcancer‬ ‪#‎youngbreastcancer‬

Caitlin (with Lilian on board) 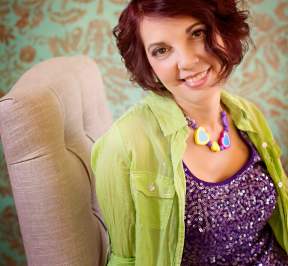 She started immediate, high levels of chemo. During all of this, her daughter’s father left, and Tiffany was a newly single parent on disability struggling to pay the bills while fighting cancer. “I used up my savings.  My family had a fundraiser to help me out while I waited for the disability payments to come in,” she said, adding, “I was living on less than half of my income with 100% of the bills being my responsibility along with my treatments.” END_OF_DOCUMENT_TOKEN_TO_BE_REPLACED 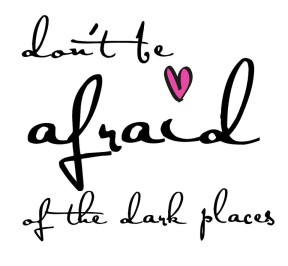 Don’t Be Afraid of the Dark Places

Today I spent the afternoon with a friend going through breast cancer. She was pouring into others, as she always does . . . shining a light into other people’s dark places.

As we drove back home, I asked a pointed question. What had people (friends, family, and acquaintances) done right or wrong over the last few weeks, as she battled this horrible fight? END_OF_DOCUMENT_TOKEN_TO_BE_REPLACED

In:Friends & Family, How to help

Talking to Children About Breast Cancer

A new breast cancer diagnosis can be extremely overwhelming with a tremendous amount of information to process. There are many factors that will play into deciding how you will tell your children about breast cancer.

This video will discuss children’s development, behavior and common reactions as well appropriate language and sample dialogue regarding treatment. We hope the following information will help encourage and empower you to talk with your children about breast cancer. END_OF_DOCUMENT_TOKEN_TO_BE_REPLACED

Things To Do When Someone You Love Has Cancer

by Jan Owen James When someone you love has cancer, you may feel as if you don’t know how to help. The following list was developed by cancer survivors.

In:Friends & Family, How to help

Your relationships are about to change. All of them. Some will get stronger. They will probably not be with the people you would expect. The people you want to handle this well might not be able to for a variety of reasons. Some of the reasons will be selfish. Some of them will be entirely innocent and circumstantial. All of them will be forgivable because no one plans for cancer. Carrying bitterness or anger won’t help your recovery. Fighting for anyone to stick with you won’t cure you. Those who can, will. END_OF_DOCUMENT_TOKEN_TO_BE_REPLACED

What I Never Knew About Chemo

Many of you have been through chemo or have walked alongside those who have. But nothing prepared me for the mountain of learning that I’ve had to gain in order to safely journey my way through chemo. I figure that if I didn’t know some of the following tidbits, there are probably some of you who didn’t either. So as a public service, here’s what I never knew about chemo. END_OF_DOCUMENT_TOKEN_TO_BE_REPLACED

But now what? I look “normal” to you. I “seem” like I have good energy. I am acting pretty close to the way I used to, or so it seems. I may be back to work or back to the regular routine I had with the kids before cancer hit.

But guess what? I have a secret to share with you. END_OF_DOCUMENT_TOKEN_TO_BE_REPLACED